The sculptural works of british artist Marcus Levine enact a physical pointillism, each composed of thousands of nails hammered into wood panels. All works are completed freehand without any sketches or tracing onto the boards. 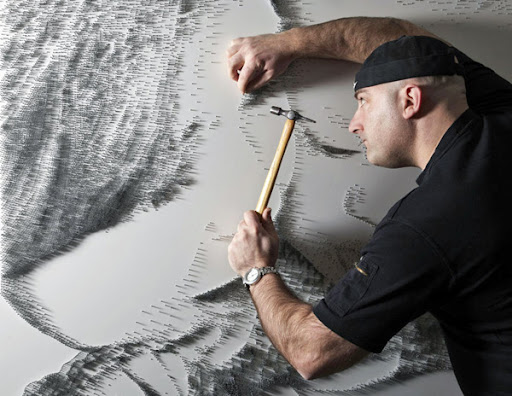 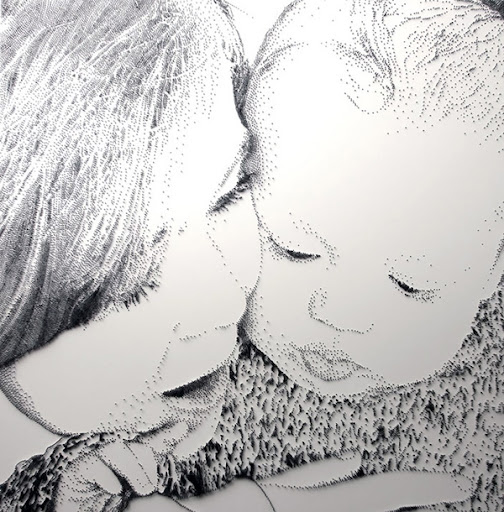 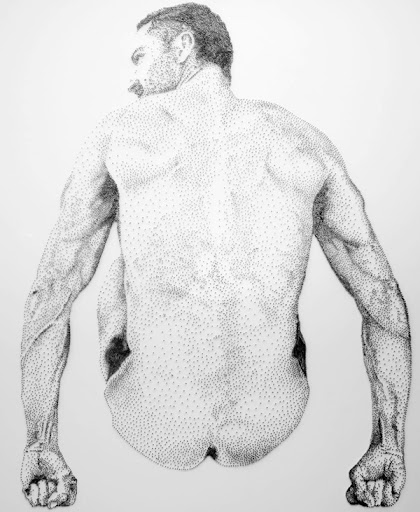 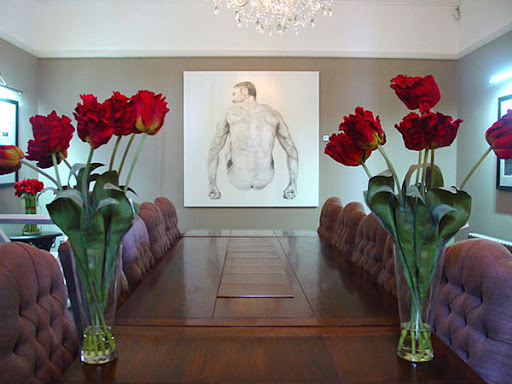 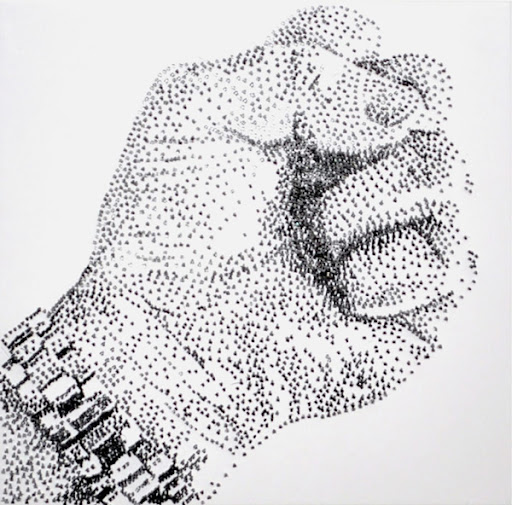 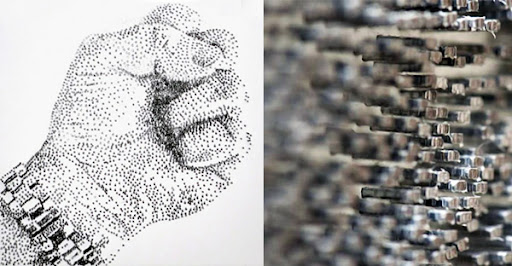 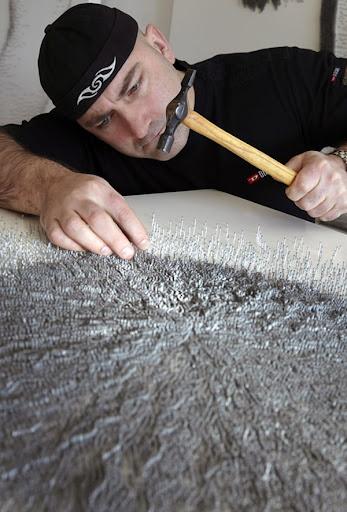 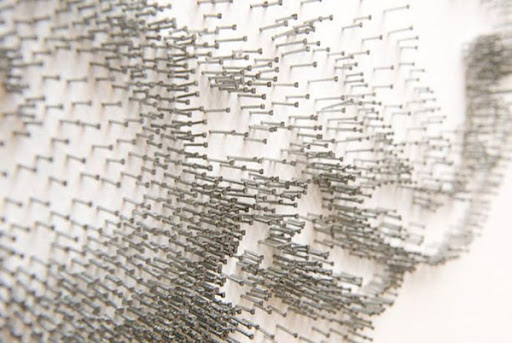 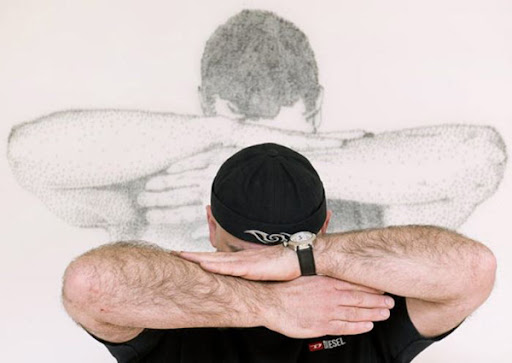 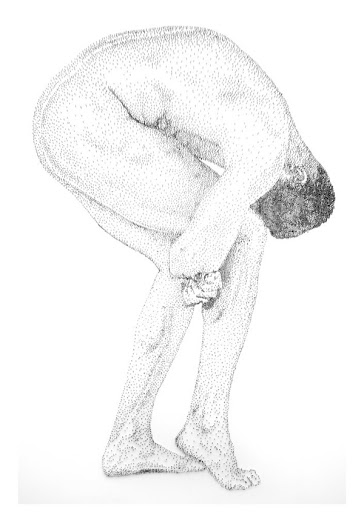 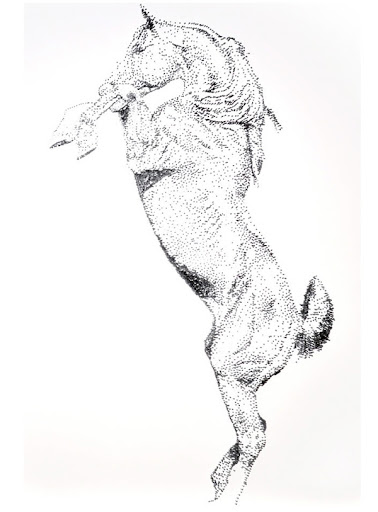 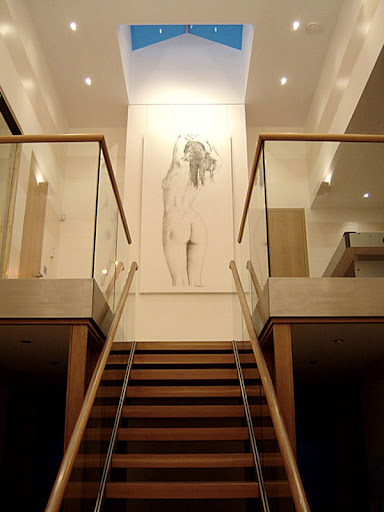 ‘Hammering home’ his talent once more, the pioneer of nail sculpture Marcus Levine will open his new exhibition at The Air Gallery, Dover Street, on 6th September. After a successful inaugural London show, the dexterous sculptor has added to his collection by developing a series of abstract pieces. Highly skilled and multifaceted, Levine will demonstrate his versatility as a sculptor by presenting a series of both figurative and non-representational artworks.
As a result of his first exhibition in March 2010, Levine has sold pieces to private collectors worldwide; works have gone to buyers in Hungary and Greece as well as in Beirut, Singapore and China. Having had much interest from art buyers and specialists in the USA, Levine is currently amidst plans to exhibit his unique sculptures in New York next year.
Levine’s shift in focus to non-representational sculpture is coupled with his use of larger nails, called clout nails, which enable him to give the pieces a heightened third dimension. Using at times up to 50,000 nails, Levine produces delicate, curvaceous images, which are testament to his skill and vision as a sculptor. With the use of a sharp and rigid material Levine is able to
create beautifully ethereal sculptures which will amaze viewers.
Light also plays an integral role in Levine’s work, as “from morning sun to evening sun the shadows across the sculptures change and affect the contrast, and by altering artificial lighting, the sculptures can appear as light as a pencil sketch or as dark as a charcoal drawing.” Levine is
concerned with the misconception that abstract art is less skilled than that of figurative, “the infinite potential of non-representational art poses many challenges to the artist.”
Marcus Levine studied at Jacob Kramer Art College alongside Damien Hirst. Previous alumni include David Hockney, and both Hirst and Hockney have been an inspiration to Levine. Since completing his first ‘nail sculpture’ in the autumn of 2005, Levine believes he has perfected his technique, pushing the boundaries with each new work, and creating increasingly dynamic pieces.
This forthcoming exhibition will feature sculptures of female and male models and a series of abstract works.