The Japanese have always been leaders in the art of landscaping, their culture steeped into the aesthetics of the many styles and designs that are so recognizable as their own.

The Wisteria Tunnel located in Kitakyushu is no exception, its intricate beauty and delicate precision immediately reveals its origins to those familiar with traditional Japanese gardening. Its practically impossible to view the pastel-colored passageway of flowers without imagining the elegant fairy princess and her one-horned white steed prancing through it. Despite its invasive nature, properly placed wisteria can turn any environment into a scene right out of a storybook.

A member of the pea family, wisteria is an ornamental vine with around 10 different species, wildly popular in both Eastern and Western gardens for its graceful hanging flowers and its ornate, winding branches. Easily trained, the woody vines reach maturity within a few years for some species, or up to 20 for others. Once maturity is reached, the reward is cascades of long, lavender raceme blooms of varying pastel shades creating a natural chandelier of color and beauty.

The Wisteria Tunnel, which is part of a lovely display of botanical delights that include zen gardens and a cherry blossom festival, is located at the Kawachi Fuji Gardens in Kitakyushu. Different types and colors of wisteria have been woven through a cylindrical lattice that during the blooming months of April through May, become a fantastical flower-draped canopy during the yearly “fuji matsuri”, or “Wisteria Festival”.

Make sure to visit in the Spring when the magical tunnel is in bloom, or its appearance will be a disheartening mass of lifeless, twisted branches, invoking an entirely different part of the fairytale – unless of course that’s the part of the story you prefer. 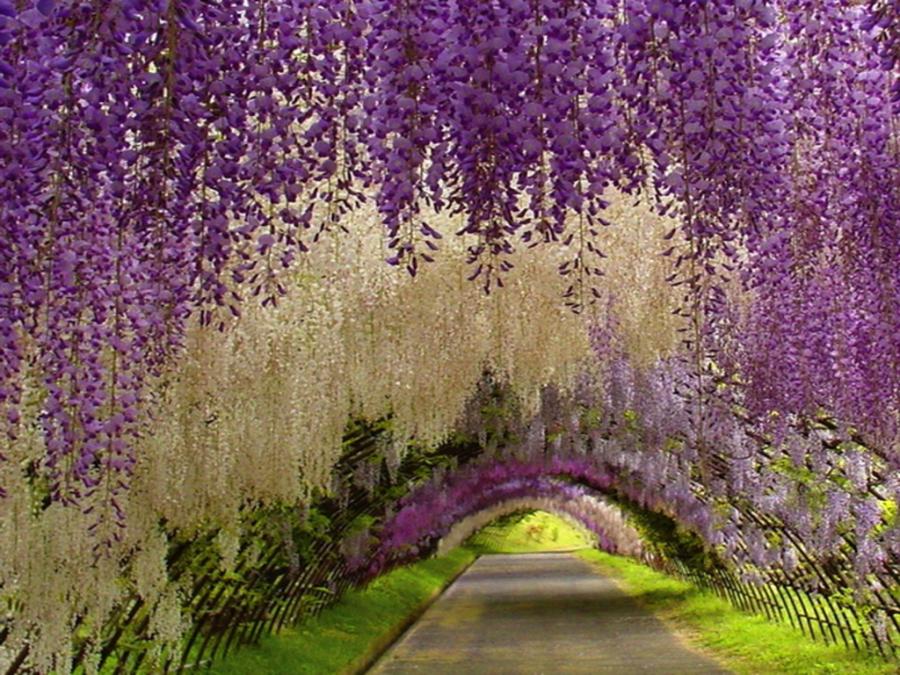 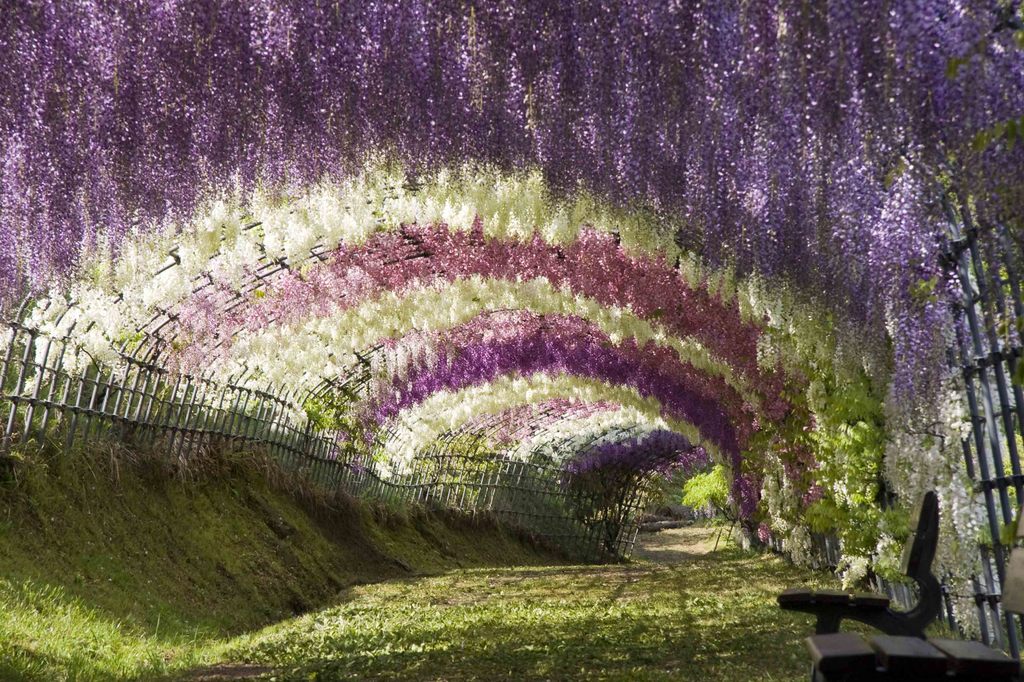