The Hispanic collective Boa Mistura organized an artistic project in one of Sao Paulo’s slums (favelas), where the aim was to communicate specific values throughout their Anamorphic paintings, merging street art, beauty and hope.

The five-headed crew repainted several vecos and vielas – those winding streets, being the true articulators of the internal life of the community – in bright colors, presenting words like beauty, pride, sweetness, firmness and love as anamorphic paintings, making the poor suburb a little more colorful…

Thumbs up for this nice participative urban art project! boa mistura, a spanish art collective composed of five self-described ‘graffiti rockers’, has organized a participatory urban art
project in vila brâsilandia, one of the favelas in são paulo, brazil. the artists, whose name comes from the portuguese
for ‘buena mezcla’ (‘good mixture’), worked with residents to paint and reface the winding ‘vecos’ and ‘vielas’ of the favela
with uplifting messages. viewed from the proper angle and distance, the works cause words like ‘beleza’ (‘beauty’)
and ‘orgulho’ (‘pride’) to seemingly float in the passageway, thanks to an illusion effect based on the careful painting
of stretched-out text in accordance with the 3D perspective. 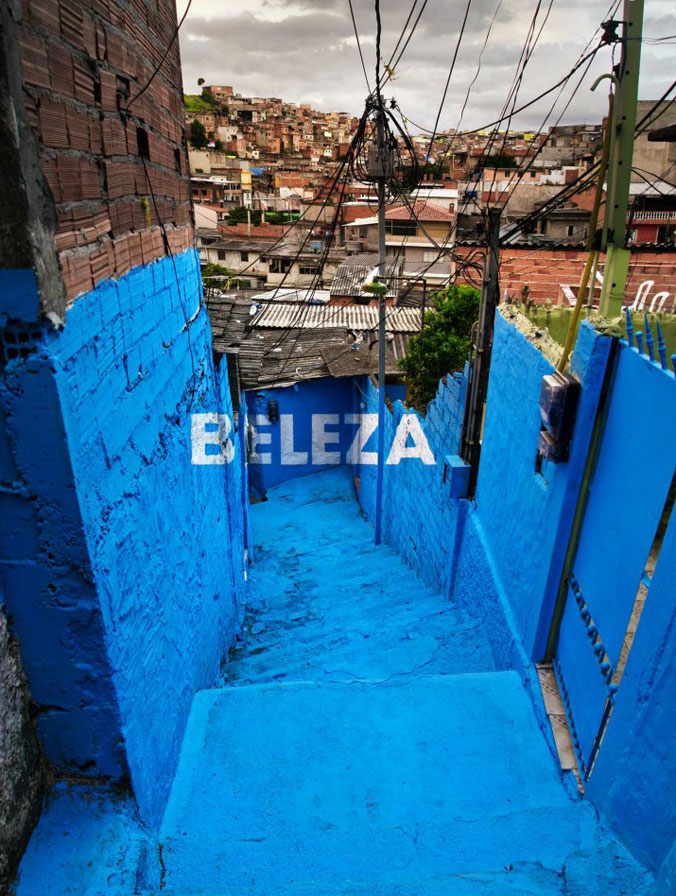