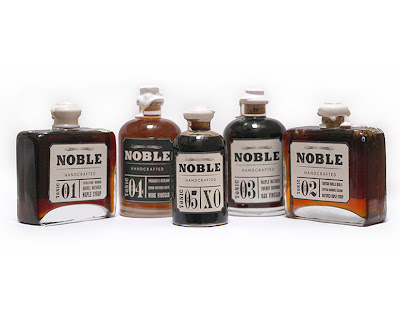 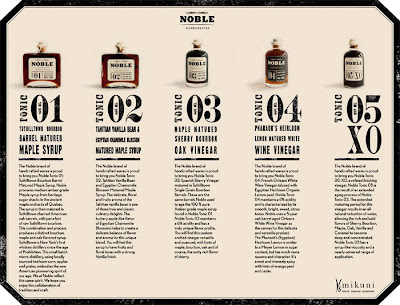 I was seduced by the packaging of these beautiful maple syrups and vinegar tonics distributed by Seattle-based Mikuni Wild Harvest when I spotted them on GiltTaste.com so I researched them a little further. 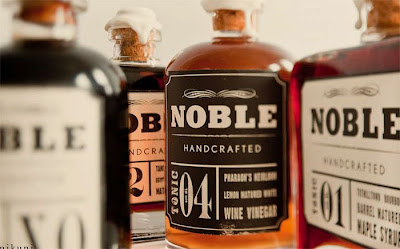 According to an article by Janet McCracken for Bon Appetit, the Vancouver based tonics, have been popping up on the menus of chic restaurants and are favored by chefs like Thomas Keller and Mario Batali for their specialty produce. 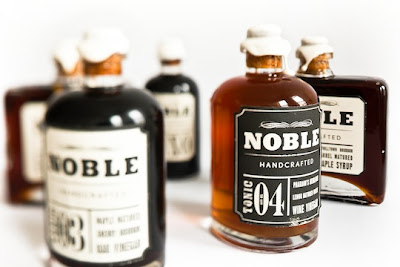 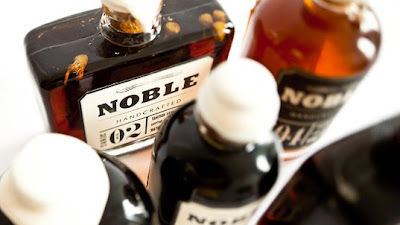 The Noble Handcrafted Tonics, of which there are five thus far (rumor has it they will be introducing a molasses) are beautifully packaged in attractive glass bottles with cork stoppers, melted wax and labels reminiscent of Knob Creek Whisky. 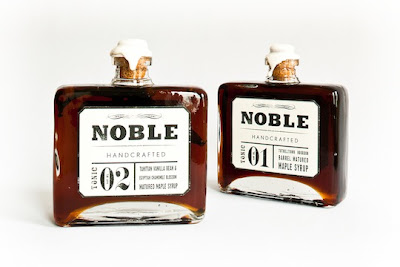 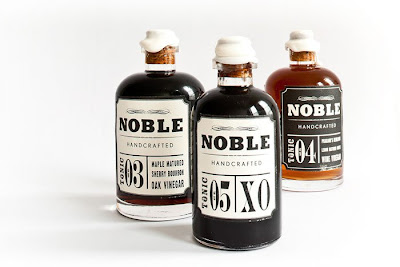 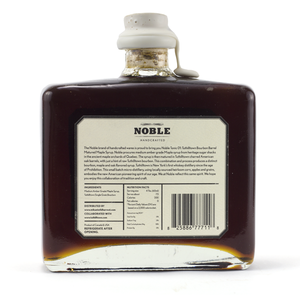 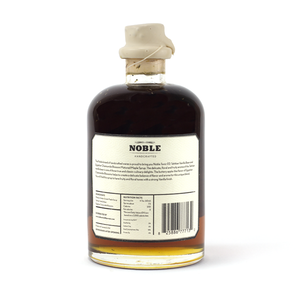 The elegant package design was created by Graphic Designer and Wedding photographer Heather Nguyen of Vancouver.

NOBLE didn’t choose just any bourbon to create the subtly spiked edge of Tonic 01. Tuthilltown Spirits is New York’s first whiskey distillery since prohibition, distilling some of America’s most prized spirits. Their handmade bourbons, produced with locally sourced grain and fruit farmed less than 10 miles away, contain no added flavor or color and are not chill or carbon filtered. Tonic 01, originally sourced from heritage sugar shacks in the ancient maple orchards of Quebec, has a hint of raw bourbon flavor thanks to 6 to 9 months spent in New York State’s Tuthilltown Distillery’s charred American oak barrels. 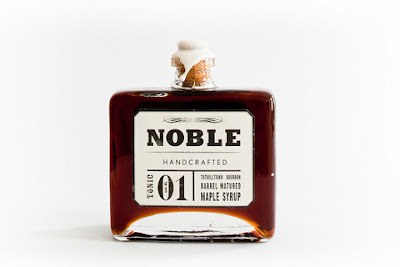 Bon Appetit says “Like we said, this is made for candied bacon. I would not say no to some corn johnny cakes with this, either.” $20

Noble Tonic 02 – Tahitian Vanilla Bean & Egyptian Chamomile Blossom Matured Maple Syrup
To harness the unmistakable flavor of Tahitian Vanilla and the buttery, apple aroma of Egyptian Chamomile Blossom, the artisans behind NOBLE’s Tonic No. 02 infuse maple syrup with the blossoms and vanilla beans. We absolutely love the floral aromas in this maple syrup with toasty corn bread, or as a substitute for brown sugar in cinnamon buns. 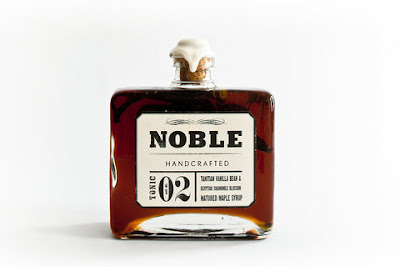 Bon Appetit says “This syrup is more delicate, and in order to taste the chamomile and vanilla, I would eat this on some plain greek yogurt or a simple waffle.” $20

Noble Tonic 03 – Maple Matured Sherry Bourbon Oak Vinegar
This vinegar’s truly unique flavor is developed while aging in bourbon oak barrels at Tuthilltown Distillery in New York State. For 6 to 9 months, NOBLE ages genuine Spanish sherry vinegar in bourbon barrels, received only one day after the bourbon has been drained. 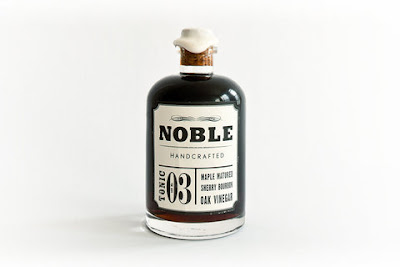 Bon Appetit says “If you mix this with a terrific olive oil, it becomes a dressing for a Spanish salad of greens, marcona almonds, and manchego.” $18 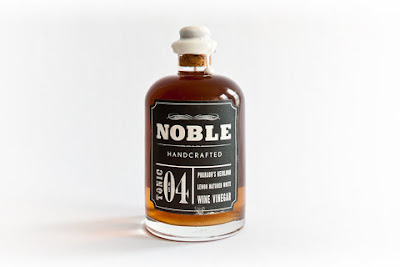 Bon Appetit says “I really like the idea of vinegary beverages, like kombucha or Pok Pok’s new drinking vinegar, Som, and this is so good that I would mix it with soda water and drink it like that. The lemon flavor is complex and spicy, and brings a unique brightness to the flavor.” $20

Noble Tonic 05 – XO Aged Balsamic Vinegar
“XO” signifies refinement and age in the world of Cognac. This extraordinary vinegar is no different. Tonic 05 is a sweet, syrupy refined finishing vinegar. After aging for 3-4 months in New York State’s Tuthilltown Distillery’s Single Grain Bourbon barrels, the lids are removed and replaced with cheesecloth to allow for evaporation. This unique air aging process concentrates and enhances flavors of bourbon and vanilla. 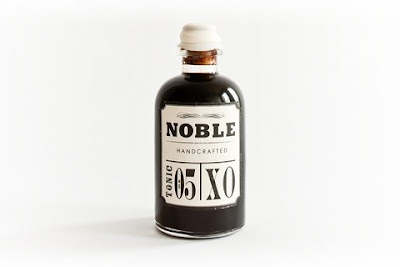 Bon Appetit says “This splurge is on par with any good balsamic. We like to keep it simple, drizzled over asparagus or vanilla ice cream.” $95