The ‘Your Text Here’ participatory, site-specific light installation challenges the condition of the city constantly telling us what to do, what to think, and how to act. Using explicit visual language, a multiplicity of billboards, signs, images and symbols invade our public spaces in order to tell us something. The project by Marcos Zotes/UNSTABLE aims at empowering local communities by providing a tool that transforms people voices into citizen proclamations the size of buildings. You just submit an anonymous text message in a website through your mobile phone, and in turn it is automatically projected at large scale onto the façade of a building. More images and architect’s description after the break. 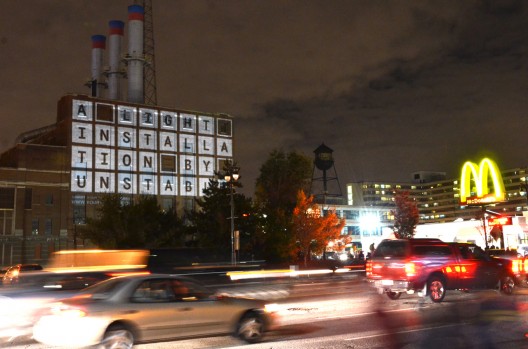 Citizens are given the opportunity to change their role as receivers of information in order become the authors. Participatory members of the audience are invited to submit anonymous text messages through their mobile phones with total freedom of speech, engaging in a dynamic dialogue with the city. The project was performed as part of ‘dlectricity’, an outdoors light art festival in midtown Detroit that took place during October 5th and 6th, 2012. 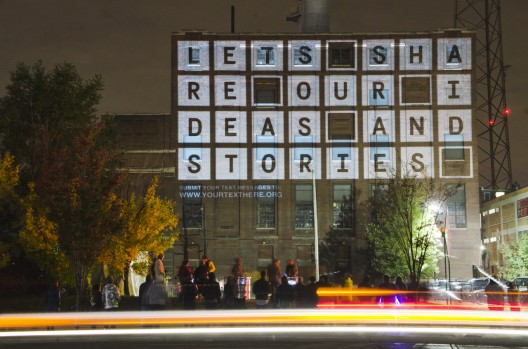 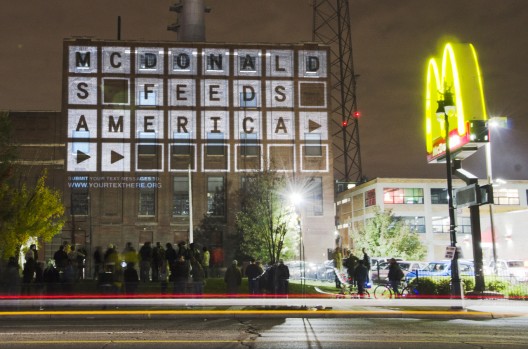 The façade of a large heat production plant was transformed into a giant display board that reflected the variety of voices existent in the area. During two nights, thousands of citizens gathered in the street as a community, where they publicly shared their feelings, identities, secrets, criticism, wisdom, support, advice, and frustrations. More than 1,000 anonymous text messages were submitted. Each of them was instantly projected for about 10 to 20 seconds on a loop across the entire event. The space became an arena for debate, a catalyst for social interaction.

New York Then and Now

Meet on the street

In France it is possible to walk on the street and meet, at the...

Could I be any clearer? Xmas Campaign | Harvey Nichols