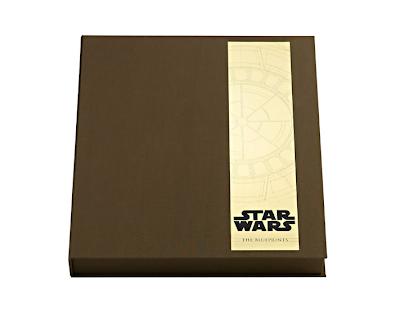 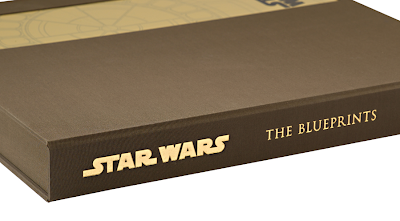 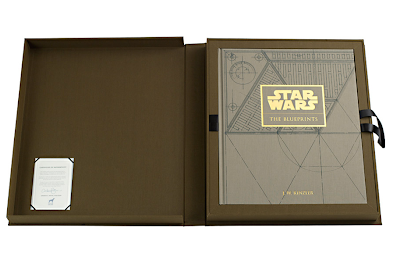 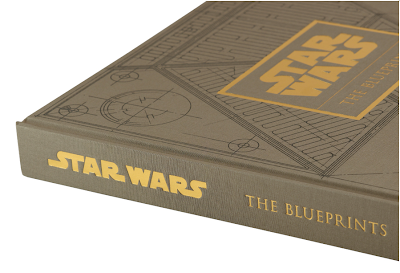 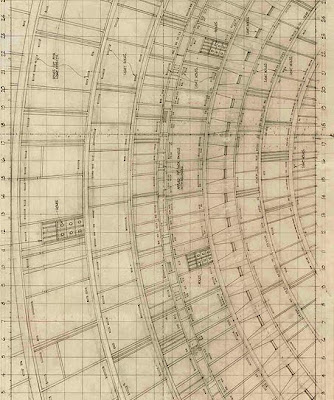 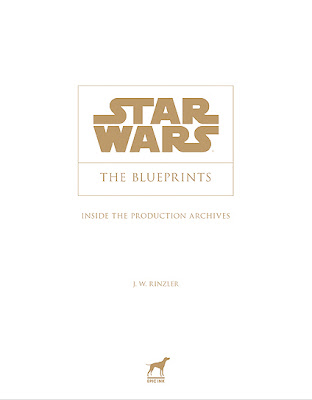 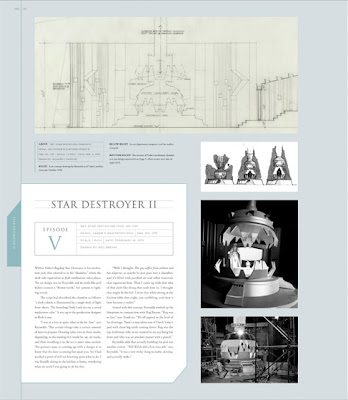 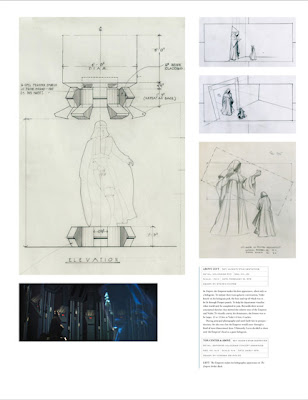 Discover how an entire galaxy was designed in Star Wars: The Blueprints. Each of the 200 seminal images included in the book was selected by Rinzler in collaboration with an expert panel of Academy Award®-winning visual effects artists (each of whom is described at the end of the post). 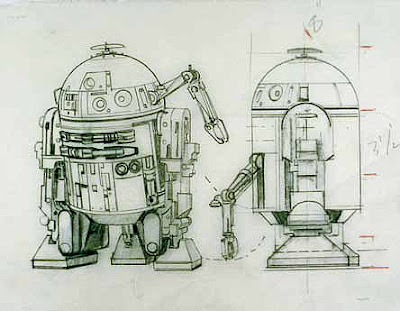 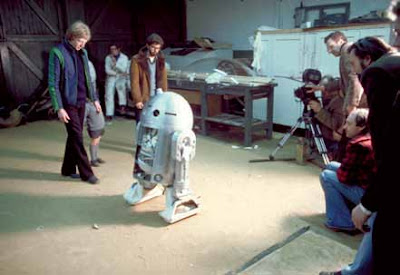 the following text is taken directly from Epic Ink:
Star Wars: The Blueprints brings together, for the first time, the original blueprints created for the filming of the Star Wars Saga. Drawn from deep within the Lucasfilm Archives and combined with exhaustive and insightful commentary from best-selling author J. W. Rinzler, the collection maps in precise, vivid, and intricate detail the very genesis of the most enduring and beloved story ever to appear onscreen. 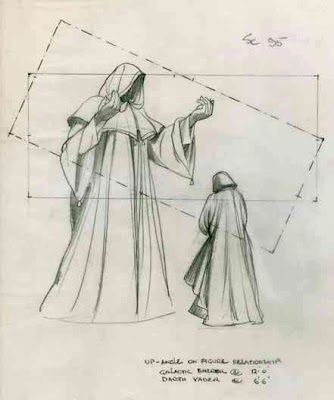 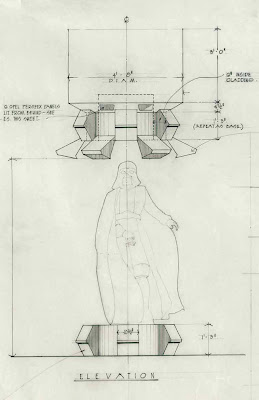 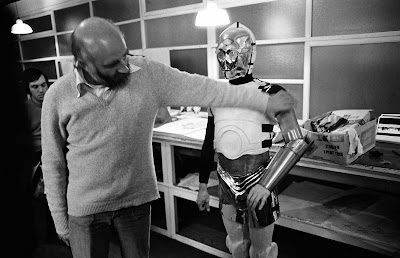 Star Wars: The Blueprints gives voice to the groundbreaking and brilliant engineers, designers, and artists that have, in film after film, created the most imaginative and iconic locales in the history of cinema. Melding science and art, these drawings giving birth to fantastic new worlds, ships, and creatures. 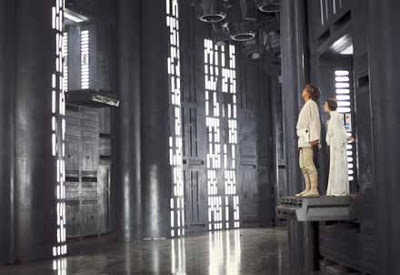 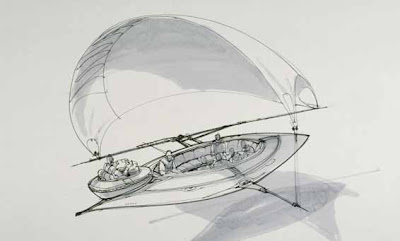 Most importantly, Blueprints shows how in bringing this extraordinary epic to life, the world of special effects as we know it was born. For the first time, here you will see the initial concepts behind such iconic Star Wars scenes as the Rebel blockade runner hallways, the bridge of General Grievous’s flagship, the interior of the fastest “hunk of junk” in the Galaxy, and Jabba the Hutt’s palace. Never before seen craftsmanship and artistry is evident whether floating on the Death Star, escaping on a speeder bike, or exploring the Tatooine Homestead.

Star Wars: The Blueprints is a limited edition. Only 5,000 hand-numbered English language copies will be available, 1000 of which will be signed.

Highlights from the collection include the following blueprints (which have been cropped here for better visibility) of: 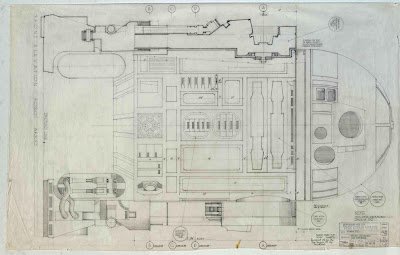 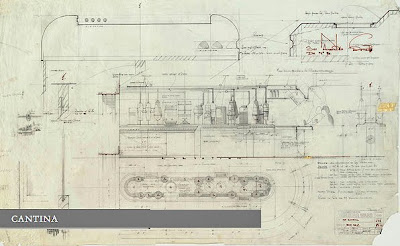 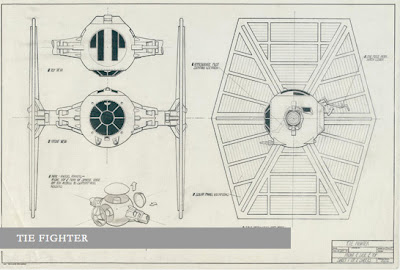 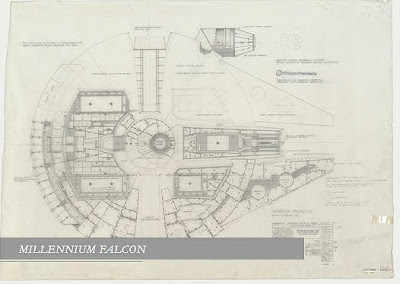 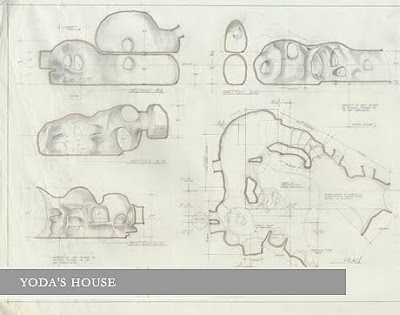 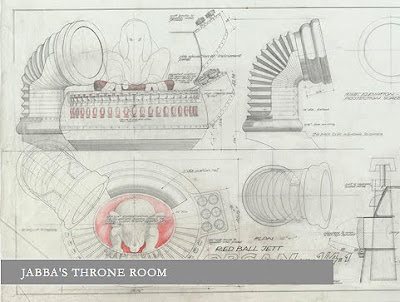 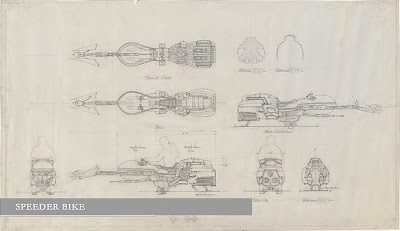 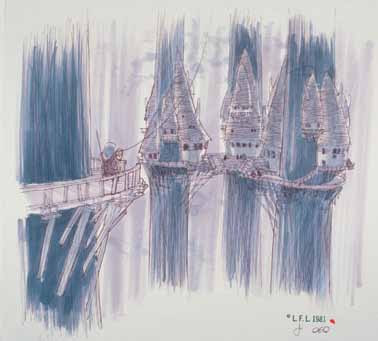 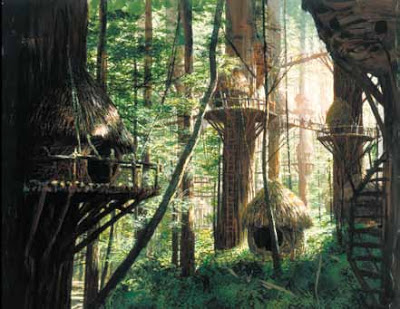 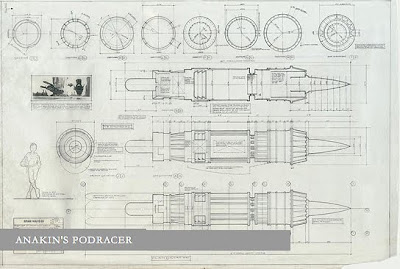 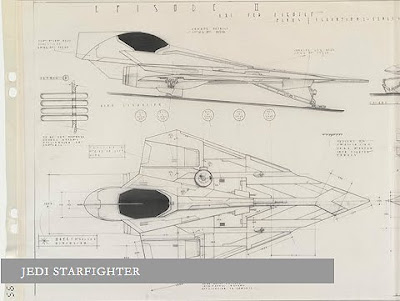 When Lucasfilm author and executive editor Jonathan Rinzler explored the long-hidden cache of blueprints hidden in the dark archives it was like discovering a Jedi Holocron, an extraordinary key to cinematic history mislaid for decades. Unrolling each extraordinary document, one after another, it became clear that a central part of the very genesis of Star Wars lay in these technical drawings, 95 percent of which had never before been seen by the legions of devoted fans. The origins of the streets of Mos Eisley, the X-wing fighter, even the legendary Battle of Hoth, the cantina, the Carbon Freezing Chamber, and many other iconic sets were guided to the silver screen through these critical documents, and could have otherwise been lost to time.

other contributors:
The weight of history was on author and Lucasfilm executive editor J.W. Rinzler’s shoulders throughout the making of Blueprints. As he culled from hundreds of blueprints those that would most accurately and thrillingly speak to fans and devotees worldwide, there were difficult decisions to make. To make the final cut for the publication of Star Wars: The Blueprints, each of the 200 seminal images included here was selected by Rinzler in collaboration with an expert panel of Academy Award®-winning visual effects artists.

John Knoll
Award-winner John Knoll is a visual effects supervisor and author of Creating the Worlds of Star Wars: 365 Days. Knoll served as Visual Effects Supervisor on the Star Wars prequels and on the 1997 special editions of the original trilogy.

Lorne Peterson
Model-maker Lorne Peterson is an Industrial Light & Magic visual effects artist who worked on all six Star Wars films. In addition, he is the author of the 2006 book, Sculpting a Galaxy: Inside the Star Wars Model Shop, in which he details his experience making classic ships and locations like the Star Destroyer, the T-65 X-wing starfighter, and the Jedi Temple come to life. 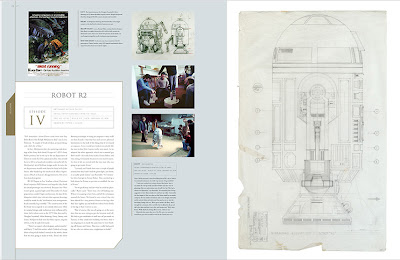 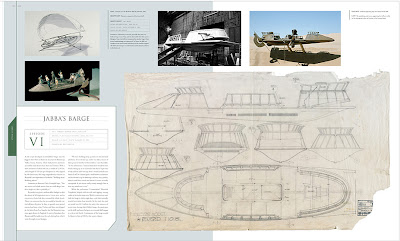 At the time of your order, Epic Ink will ship out the lowest numbered copy that is currently available.

Shipping
For orders to the United States, shipping is included (other than to Alaska and Hawaii). Orders for Star Wars: The Blueprints will ship from Epic Ink beginning September 15, 2011. Please allow 5-7 business days for delivery.

To place a pre-order for Star Wars: The Blueprints in the United Kingdom, Ireland, Australia, New Zealand, and the British Commonwealth countries, please visit Forbidden Planet.

Pre-order Star Wars: The Blueprints (U.S.)
Note: your credit card will be immediately charged at checkout for the full amount of your order.

all images shown are courtesy of Epic Ink and may not appear exactly as they do in the book. Some have been cropped and/or enlarged in order to show detail.

Tags :
Previous Article China in a Mirror
Next Article Don’t You Know Who I Am?

China in a Mirror

Don’t You Know Who I Am?