Take a read of the story below, and then enjoy these eerie deserted photos of the town of Kolmanskop in Namibia that is slowly being taken over by sand.

In the Namib desert in southern Namibia lies a ghost town known as Kolmanskop. The town was once home to approximately 1,000 miners and their children, but today only tourists with the proper permits may enter the perimeter of the “Sperrgebiet” or “Prohibited Area.”

The story goes that in 1908, a worker named Zacharias Lewala found a shiny stone and showed it to his supervisor, August Stauch. Stauch saw the rock, and realized the area was rich in diamonds. The news spread quickly, sparking the migration of German miners and fortune-seekers to the area.

The diamond field was called “Sperrgebiet” by the German government, and the miners began to settle down and build the town with their families. Homes and establishments were erected in the German-style, and Kolmanskop became prosperous due to the enormous wealth of those first miners.

The town had a hospital, ballroom, power station, school, swimming pool, casino, and even a bowling alley, and it was also the first in the South African region to own an x-ray machine. But by the end of the first World War, the diamond field was near-exhaustion. And by 1954, Kolmanskop was completely abandoned. The remaining homes today are slowly filling with sand and only visited by tourist groups who come to see the ghost town. 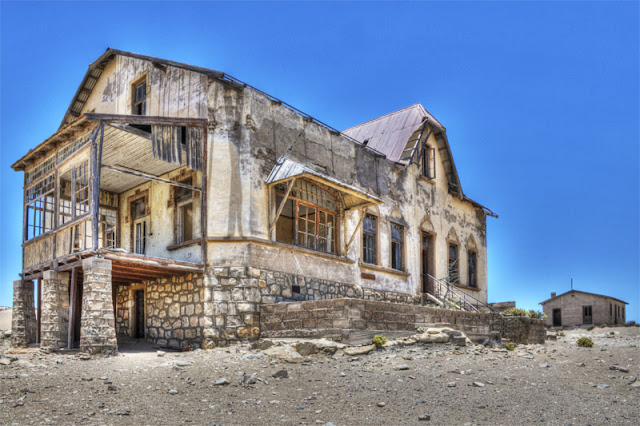 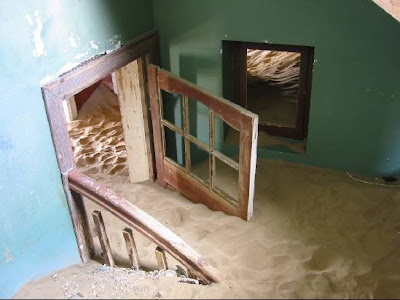