from the press release:
We live in a hectic world. Alerts, alarms, and reminders prod us through our days with unforgiving precision. Challenging this pressure-filled environment, the Domino Clock™ takes a simple, iconic object and transforms it into a new way to tell time. The concept is simple. Three larger-than-life dominoes are equipped with articulating dots that flip back-and-forth between black and white to keep time. They hang on the wall or stand free, communicating wirelessly as they quietly mark the passing hours and minutes. By subtly abstracting the idea of time, Carbon’s Domino Clock creates a more relaxing experience.

Challenging Expectations. While the idea itself is pretty straight forward, it challenges the assumptions we make about familiar objects. “People have a lot of immediate associations with everyday things, especially iconic ones,” says Joe Sullivan, industrial designer at Carbon Design Group, a Seattle-based product development consultancy. “It’s interesting to play with these expectations. In this case, we’re taking a well-known object out of its normal context and giving it new capabilities, allowing it to function as something completely different.” 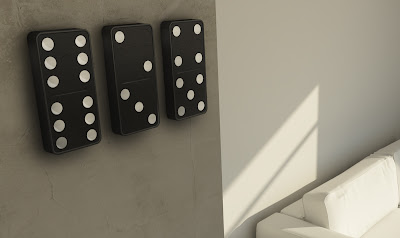 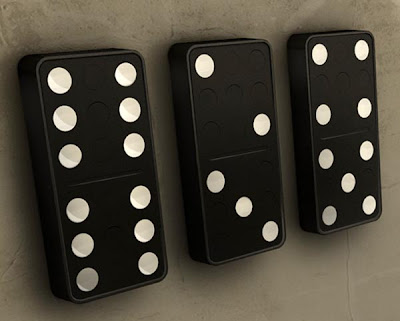 “The numbering scheme on dominoes and dice developed as a way to represent numbers that’s immediately recognizable, so in a lot of ways it makes perfect sense to use it as a time piece,” explains Sullivan. “Everyone gets it, but the fact that we’re not used to seeing it in this context makes it unexpected at the same time. It’s this shift in context that gives the concept a twist.” 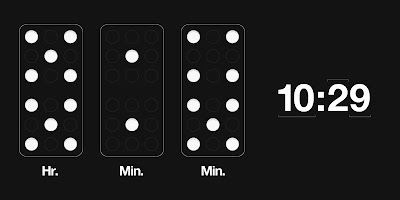 Fueling the Passion. The Domino Clock was one of a number of ideas bubbling up in the Carbon studio when it was selected to be a Carbon Passion Project. Similar to Google’s 20% Time, Carbon’s Passion Projects are designed to fuel the creative spark. “They’re a way to push the boundaries… to try something new, to take a break from the constraints of client projects and play a little,” explains Dan Blase, President of Carbon Design Group. “These projects foster Carbon’s culture of learning and play, and, at the same time, give our team the variety they thrive on.”

Making it Real. Simple ideas often require a good deal of work to keep them simple. “Form-wise, it’s a very literal reference to a domino, so 95% of the up-front heavy-lifting from an aesthetic standpoint is defined from the get-go,” says Sullivan. Once the form is set, the conversation moves quickly to feel and function. The reference to real dominoes plays heavily here as well. From their playful falling motion, to the weight of the ceramic materials in your hand, dominoes have very specific physical qualities inherent to them. “The clock wants to communicate these same qualities, from the materials down to the precise motion of the dots.” 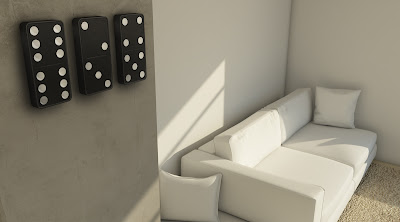 “If you imagine a domino scaled up to a foot tall, it would be quite heavy and have considerable inertia. The mechanism that creates the motion needs a sense of gravity to it to give the flip the feel of falling,” says Sullivan. It was up to Eric Davis, one of Carbon’s mechanical engineers, to solve the challenge of creating a small mechanism that generated this slow movement, yet was very quiet. The additional challenge of powering thousands of transitions a day without burning through batteries meant Davis would need to design a custom actuator. Ultimately, he developed a mechanism that runs off a small, electromagnetic coil. “You might call it a ‘single-poled motor,’” says Davis. “The magnet and the iron move around the coil… opposite the way motors are usually designed.” The device can be fine-tuned to get just the desired flip speed. And, best of all, power is only required to initiate the movement, and not while the device is in either the black or white resting state. A more detailed explanation and video demonstration of the Domino Clock proof of concept prototype is available on Carbon’s site. 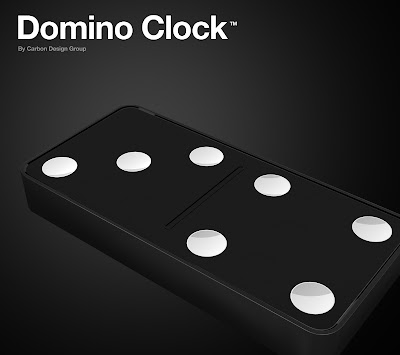 The State of Wikipedia