The Rap Board, reason #200,089 why it would suck to live in a world without the internet. The Rap Board is a fairly simple idea; a grid of signature catchphrases by popular rappers but the effect is fun and cool. It’s hilarious to hear each catchphrase isolated as a single sound byte. Sometime around 2001, it became mandatory for rappers to have a signature catchphrase; it’s now a mainstay in the culture and a great marketing tool. Young Jeezy practically built a whole career on it. The Rap Board plans to expand this list (also, they have an iPhone app in the works). We suggest The Rap Board be turned into some type of video game. “Hip Hop Charades”?

Check out The Rap Board here 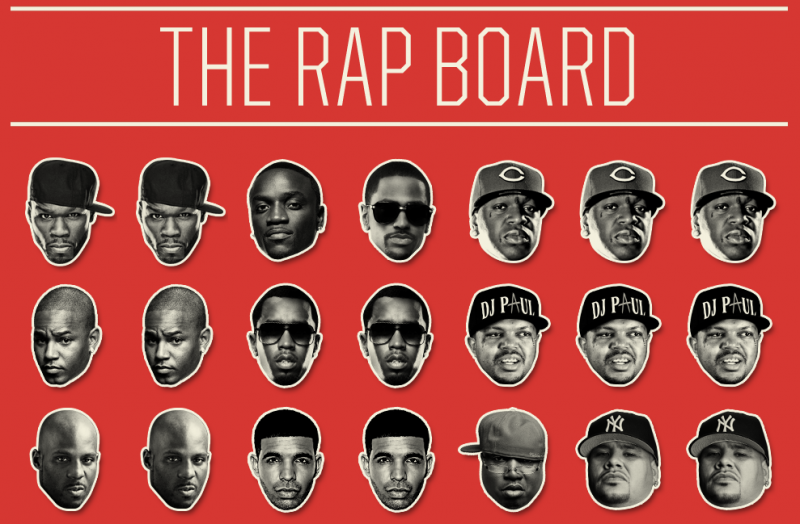 Some of our favorites: